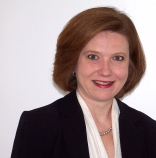 Debra has appeared as a legal expert on WGN-TV Chicago and FOX News. Debra also frequently speaks and writes for organizations on legal topics. She is a consistent instructor for the American Bar Association, American Institute of Certified Public Accountants (AICPA), Illinois CPA Society, National Business Institute, Fortune 500 companies, and leading accounting firms. Along with other attorneys at the Firm, she is an author of the book, Illinois Business Law Code Annotated, published annually by Thomson West. She also has written several published books on limited liability companies and has contributed writings to West’s Federal Income Taxation textbook.

Debra received her Juris Doctor with honors from The Law School of the University of Chicago. She is admitted to practice in the United States Supreme Court, the United States Court of Appeals for the Seventh Circuit, United States District Court for the Northern of Illinois, Illinois State Courts, and several other courts around the country. She is an arbitrator for the NASD and Illinois Circuit Court, and she is a member of the American Bar Association. She formerly practiced law with the international law firm of Kirkland & Ellis in Chicago.

Prior to practicing law, Debra received a Bachelor of Science in Accountancy from the University of Illinois at Urbana-Champaign, where she was a Robert W. Rogers and James Scholar. She obtained a perfect GPA of 5.0/5.0 and graduated Bronze Tablet, Summa Cum Laude, and Phi Beta Kappa. On the CPA examination, was awarded the Medal for achieving the third-highest score in Illinois and the National Elijah Watt Sells Award for obtaining one of the 108 highest scores of the 68,050 candidates who took the examination nationally. Debra subsequently practiced as a CPA with PriceWaterhouse in New York City, and she provided services to the American Institute of Certified Public Accountants’ Special Committee on Financial Reporting. is a member of the Illinois CPA Society and American Institute of Certified Public Accountants.